It's all so good around here. And it seems I've forgotten how to write. Mostly I drink the beauty of normal. We ride our bikes to soccer in the park, we read chapter books. and we have regular tooth fairy visits. Not a day goes by that we don't count our blessings.

The fear is still here, but the despair has grown soft. Tonight at bathtime, Toby and I were digging through the giant bins of medicine that still crowd the shelves, looking for colace to help with the side effects of our current investigational drug, ABT-751. We extracted bottle after bottle of hydroxizine, gabapentin, megesterol, morphine, and dilaudid--bizarre aggregates of chemicals that we're intimate with. At the very bottom we found a bag of syringes. They have little yellow caps and are filled with clear liquid. We used at least two of them every single day for the first 18 months of Toby's treatment, flushing his tubies before and after every infusion. What are these yellow things again? An empty one has been hanging out with the bath toys, but surely that can't be it. "Toby, do you remember what these are?" I ask. He laughs at my ignorance and says, without missing a beat, "It's heparin, Mooki. Like, duh."

Not much makes sense to me anymore. I keep a photo of Erin on my desk at work and finger the lanyard beads like a rosary. I miss Max viscerally. I mourn Owen and Pierce. Every night before bed, I catch up with Liam, Will, Evan, Nick, Erik, Sam, Jack, Hans and countless others, each a distinct, glorious child.

I ask unutterable questions, lose words, and research hearing aids. And I make Halloween costumes, mail college applications and kiss my boys over and over.

Thanks for dropping in.
Love, mooki 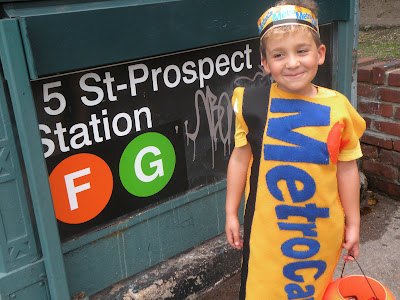 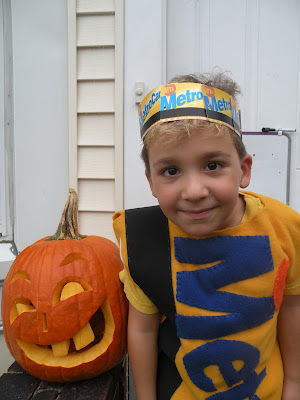 Thankful for every day 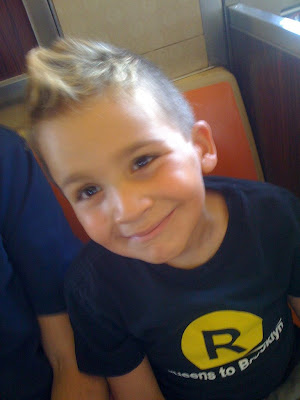 And yet, shouldn't this be the norm? Every child fighting this horrible disease deserves a summer to be a kid, without constant pain, toxic chemo, life-threatening surgery or worse. Sadly, so many of our kids are not experiencing summer like Toby. Mr. Inquisitive, dear wonderful Liam, recently relapsed and is spending his third summer battling neuroblastoma. He is all of 5 years old. Sweet Evan was receiving ABT like Toby, but a routine scan showed neuroblastoma in the brain. He just finished 17 straight days of radiation and will start intrathecal 8H9 antibody treatment soon. There are too many awful summers out there... almost every child we know is spending their summer fighting for life.

Please think of these kids. And then, go hug your own children. Tell them how amazing they are and be thankful for every day.
Posted by FriendofToby at 6:31 PM 6 comments:

Posted by FriendofToby at 7:49 PM 4 comments:

With all good intentions, my parents had me tested when i was 5 years old. I went into a room with a two-way mirror, an old man, and a clay playset of a village in the mountains.

The man's white hair scared me and I cried for my parents. I couldn't see them through the magic window, only a reflection of myself, pinched and small with worry. The man smiled kindly, coaxing me to form puzzles, count blocks and put pictures in order. Then he brought out the playset. There were mountains sloping into the sea, small square houses and a river. He asked me, "How do you get from the sea to the mountains? What's the shortest way back home?" And I was momentarily distracted, losing myself in landscape.

These were the colors: indigo water, red mountains, blue grass. For some reason they burned themselves into my memory,
reappearing at the edges of dreams many years later. But I never saw real mountains like that, or grapey water.

Until I travelled to Eilat. There was something strange about the sea cutting a gash into moon-like desert. It took 3 days to locate the landscape, but when I dove into the Gulf of Aqaba, the sun slanted down on the red mountains, the water tasted like grapes and the playset came alive.

The colors were real after all. and I found a way to change what had scared me into something that delighted me. After 13 years I reclaimed the old memory and created a new one.

This is what I want for Toby. The time to grow beyond this moment, the chance to reimagine and reinvent his life. To find what he's looking for. Or even better, to create it.

Last week he came home from school with the plans and drawings for a REMOTE CONTROL TRAFFIC AVOIDER. He drew our house with a hatch in the roof. Alongside was a sketch for a backpack with propellor and control panel. The buttons and dials were labelled 1mile to 12miles; the touchscreen had a keyboard. He excitedly explained that each of us would have a backpack and we could enter a destination like "school," where i would drop him off, before punching in "work." The backpack
would remember where each place was located, so that we would never be late.

Or his plan for a PARTY TRAIN. One car has donuts and hot chocolate. Another car has a lending library of dvds. The entire train is computerized, and most importantly there's groovy music throughout.

And then yesterday, he pulled out some poems from his folder and said, "Mommy, this poem is for you. It is beautiful." He stood on the couch and read:

You love the roses -- so do I. I wish
The sky would rain down roses, as they rain
From off the shaken bush. Why will it not?
Then all the valley would be pink and white
And soft to tread on. They would fall as light
As feathers, smelling sweet; and it would be
Like sleeping and like waking, all at once!
--George Eliot

And then he said, "But this is my favorite. It is so funny:"

Oh, child of my heart! How did you know it was your mother's favorite too?

Things are going really well for Toby. He is playing soccer, riding his new bike, grooving to the music. In-between he has finished his 4th cycle of ABT-751, with minimal side effects. He has once-weekly visits to the hospital for blood counts and follow-up, with scans every 3 months. The day-to-day almost-ordinariness of our lives is a revelation and a joy. But we know that it can change in a moment. So many of our friends have recently relapsed; it happens every day and we watch helplessly as formerly vibrant children wither into frailty and despair. We worry.

Unfortunately, neuroblastoma doesn't go away, as so clearly spelled out by Will's Dad:

Neuroblastoma is the most common cancer in INFANTS. The average age is less than 3 years old at diagnosis. Five years after being diagnosed nearly half of these kids are dead. HALF.

Kids with high risk disease have to undergo the most intense chemo available and even after radiation, chemo, surgery, stem cell rescue, and immunotherapy, about 30% survive for 5 years. If neuroblastoma comes back (relapse) or stops responding to therapy (refractory, like Toby), it is usually viewed as a terminal illness.

Most children with neuroblastoma will be DEAD long before any government funding will be secured and utilized to create treatment options. Money for a cure is needed today to continue giving not just HOPE but real clinical options to save our kids from dying.

The five year survival for all kids with neuroblastoma is about 55%. This is when you include high risk kids and even the infants with tumors that self resolve and others who just have to have a tumor removed with no chemo.

Let's say an average kindergarten class has 24 kids. Now assume that they are all diagnosed with neuroblastoma on the first day of school.

Five years later, when they are about to start 5th grade how many kids in that class would even be alive?

About how many kids would graduate high school?

For that 1 student to even make it he/she would have had to undergo the most intense chemotherapy treatment imaginable. He/she would (most likely) be sterile, severely hearing impaired, bearing multiple scars from multiple surgeries, still on some form of therapy, receiving special services, and very UNLIKELY to live long enough to even make it to high school. If NB did not come back, the risk of a secondary cancer - FROM THE TREATMENT - would be high due to radiation and certain chemotherapy agents.

How is this acceptable? Where is the outrage? The action?

It is the most common cancer in infants....in INFANTS...yet nothing has been done about survival. It would be pathetic if it were not so tragic.

I don't even know if a word exists to properly describe this absurd reality.

And now, as my son strives to be the 1 kid to survive treatment out of his relapsed NB classmates the one thing that stands in our way is, of all things, money.

A week from today, on Saturday, May 9, we'll be walking in Central Park to raise funds for neuroblastoma research and treatment at Memorial Sloan-Kettering. If you are in the NY area and can join us on Toby's Team we would be thrilled and grateful. If you can add some money to the pot, well that would be amazing. Please visit www.walkforkidswithcancer.org to learn more or email Reva at walkwithtoby (at) gmail.com. And please consider making a donation to Band of Parents or MagicWater or CNCF or Solving Kids Cancer, organizations with a common cause to help save children's lives. 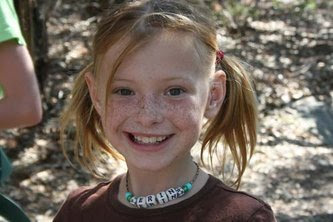 The world lost a radiant child on Thursday. Erin Buenger, 11 years old and quite likely the first woman president of the U.S. She was brainy, compassionate, beautiful and absolutely crackling with energy and zest. Soon after Toby was diagnosed I found her mother's incredible blog and cannot tell you how many times Erin's attitude turned me around. She did great things in her short life. We grieve with her family.
Posted by FriendofToby at 7:29 PM 4 comments: 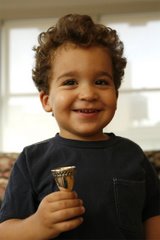